Tiffney & Chris were an absolute joy to work with during their downtown Lawrenceville engagement session.  Engagement pictures are so much fun for Atlanta wedding photographers to capture, especially when they get to stray a little ways away from the big city!

Tiffney and Chris were originally co-workers at Hanjin Shipping where they first met. 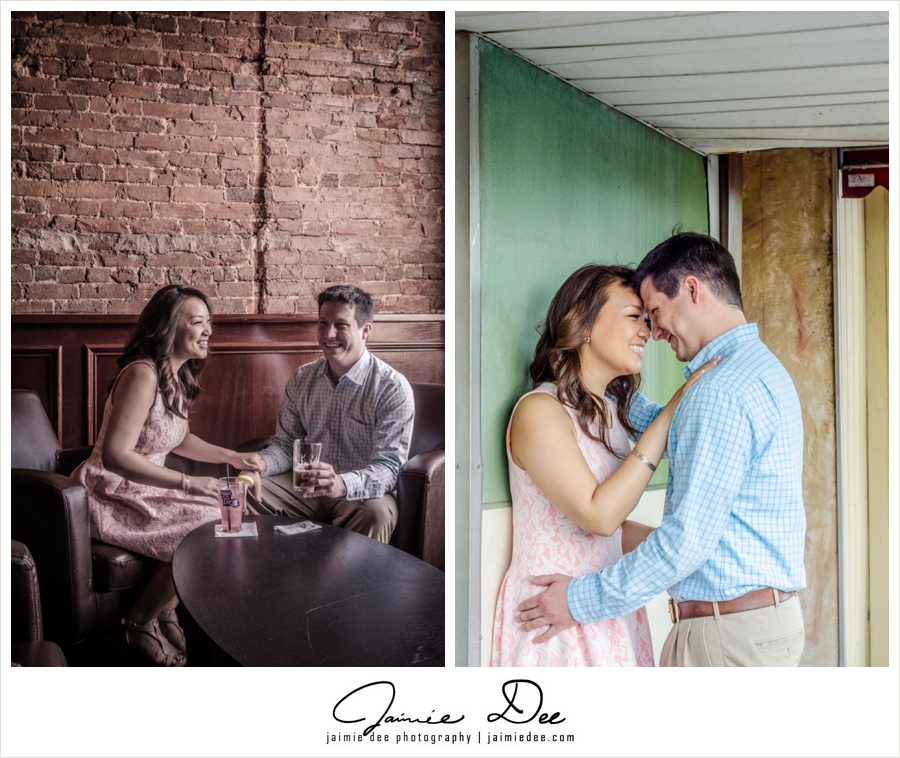 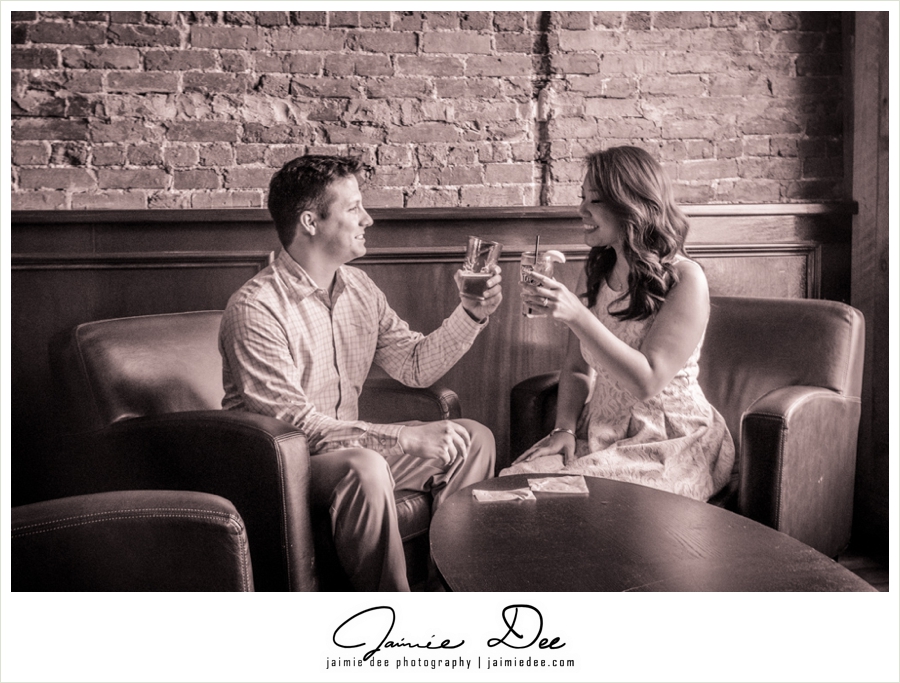 Chris became friends with Sheryll, a fellow co-worker whom Tiffney worked with before changing departments. 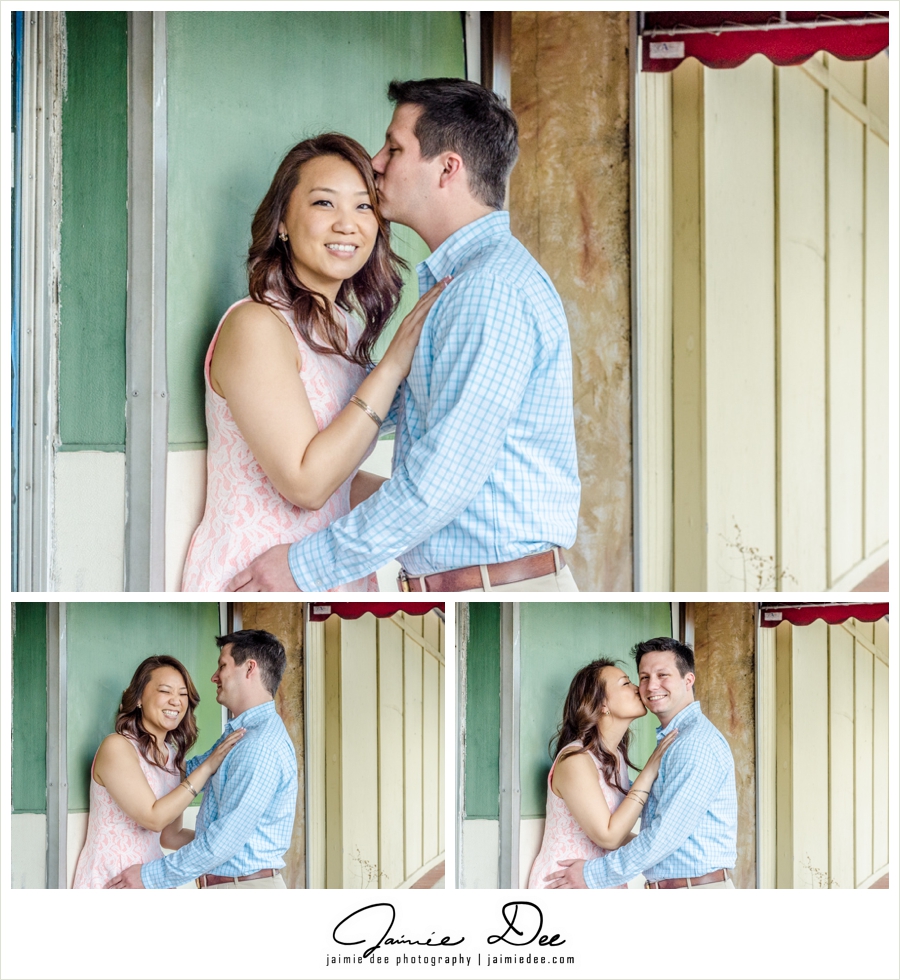 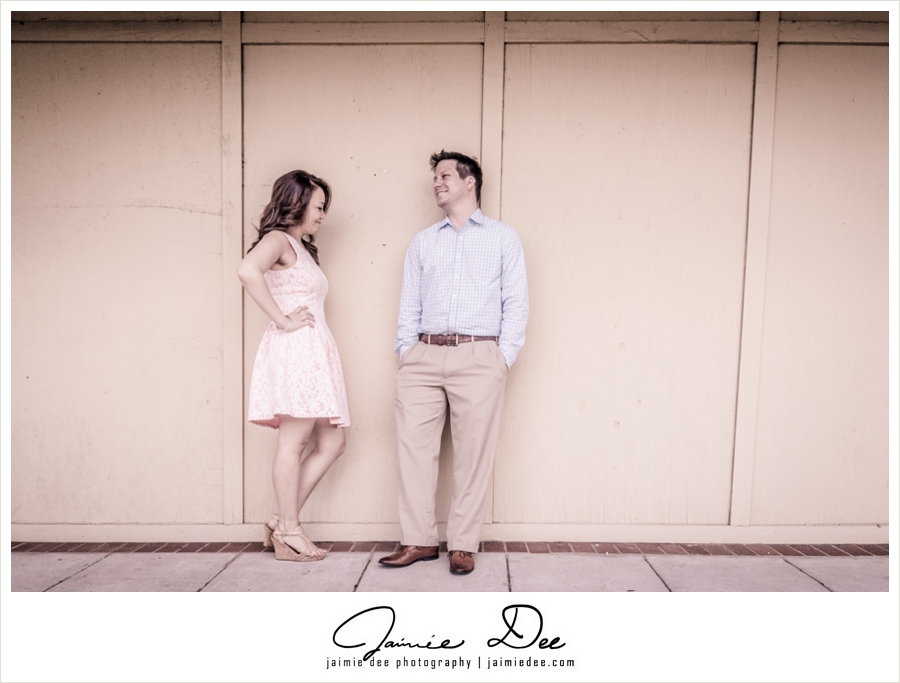 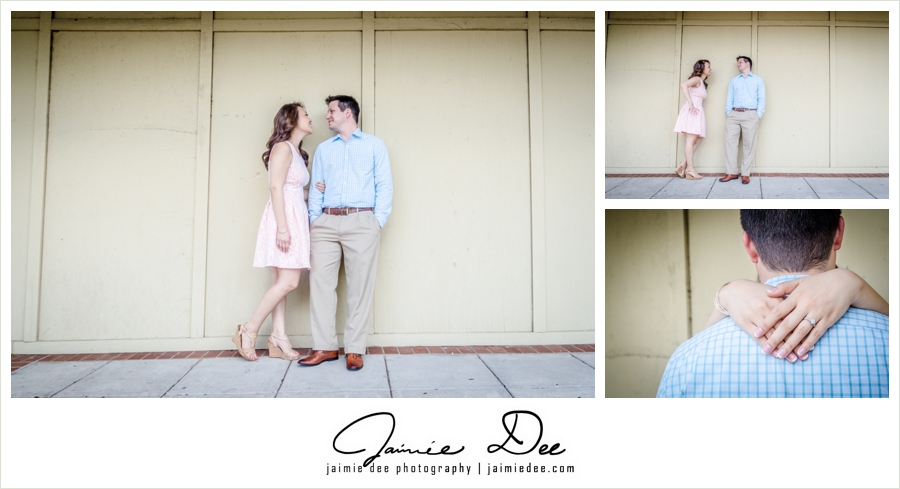 It was through this mutual friend Sheryll that Tiffney learned Chris had attended the same high school she had – Collins Hill High School. 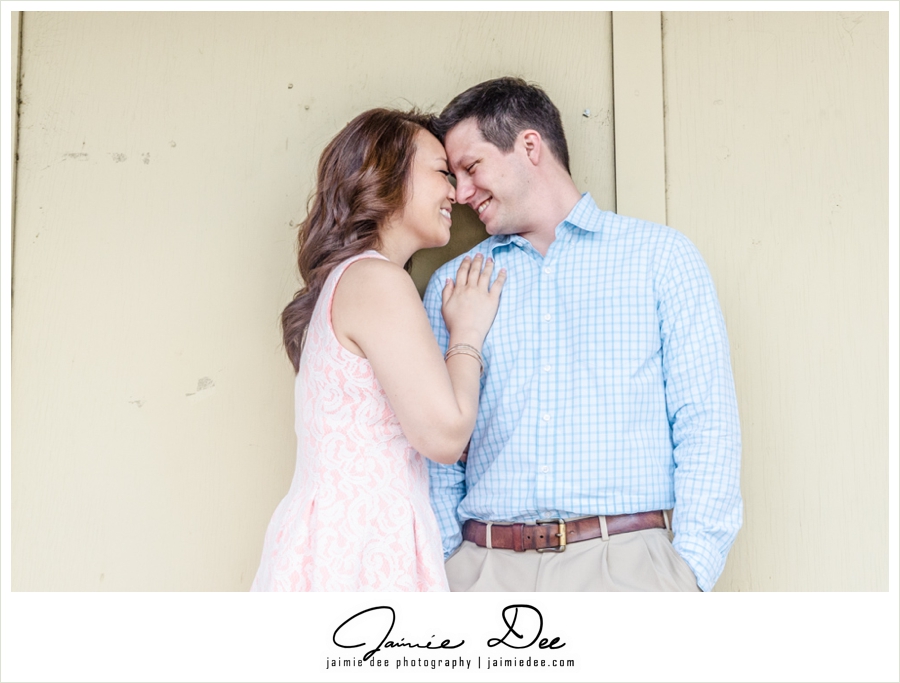 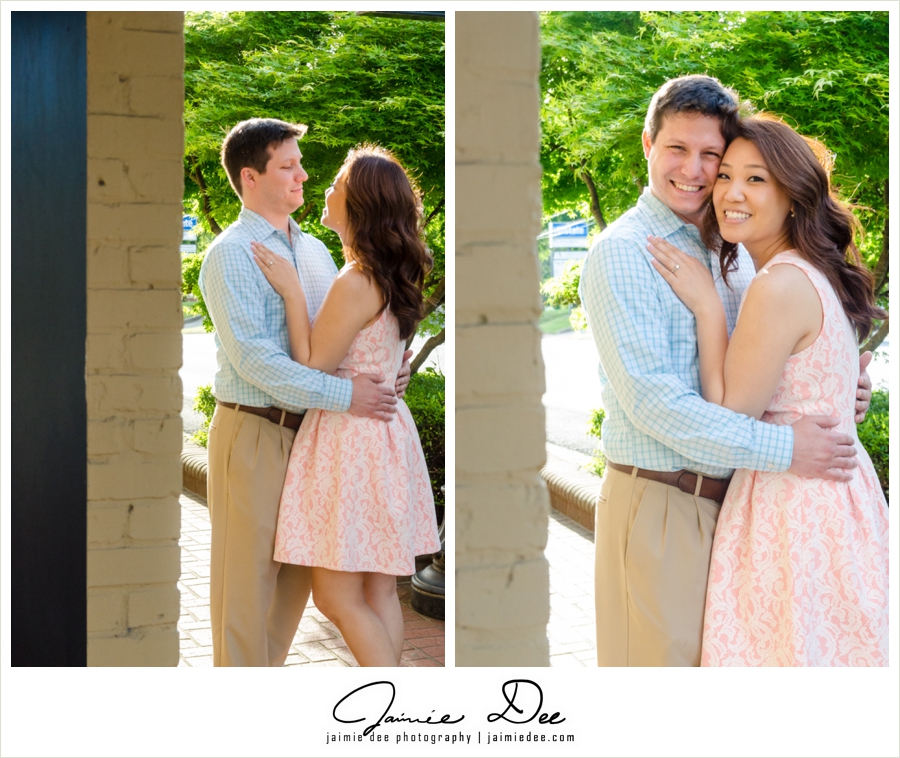 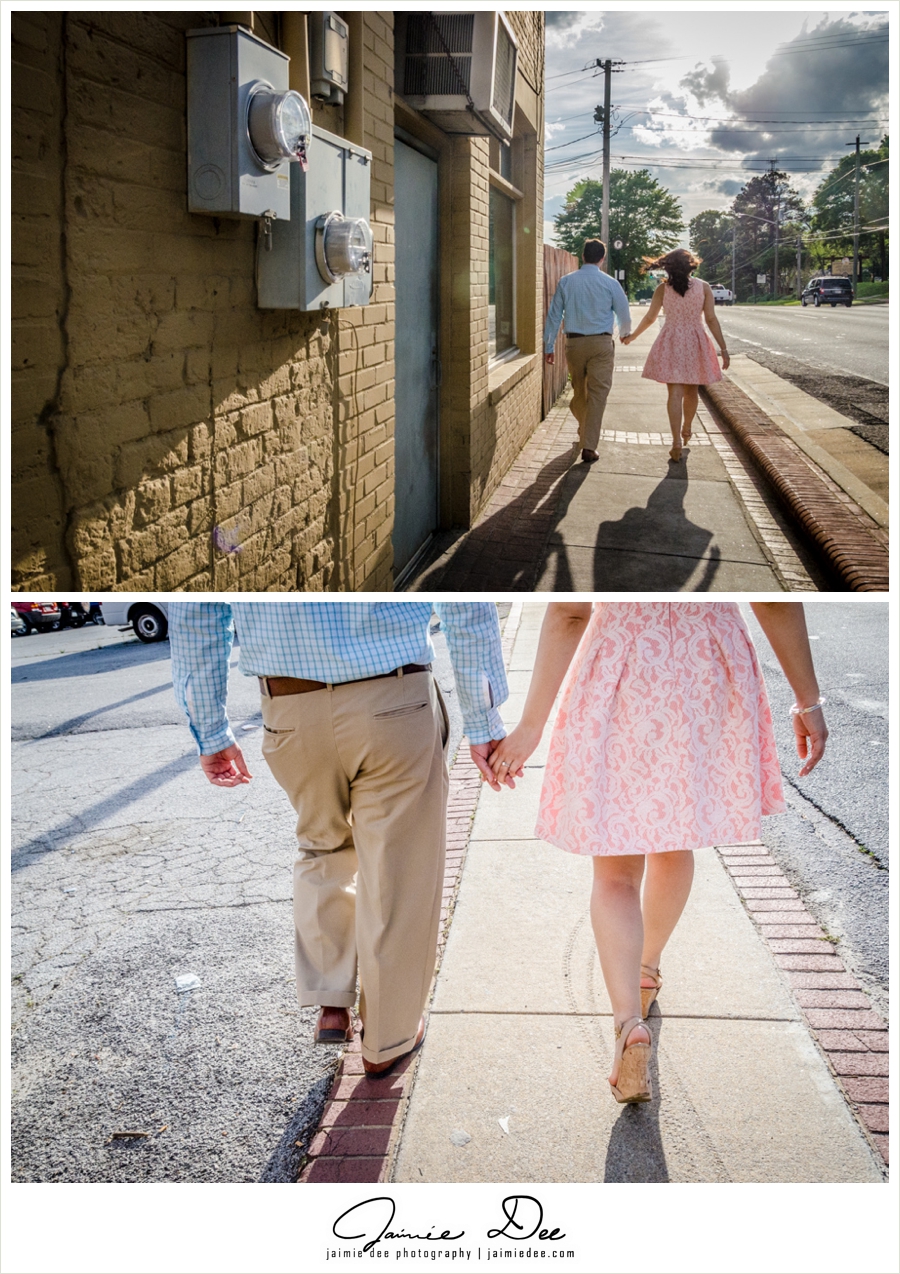 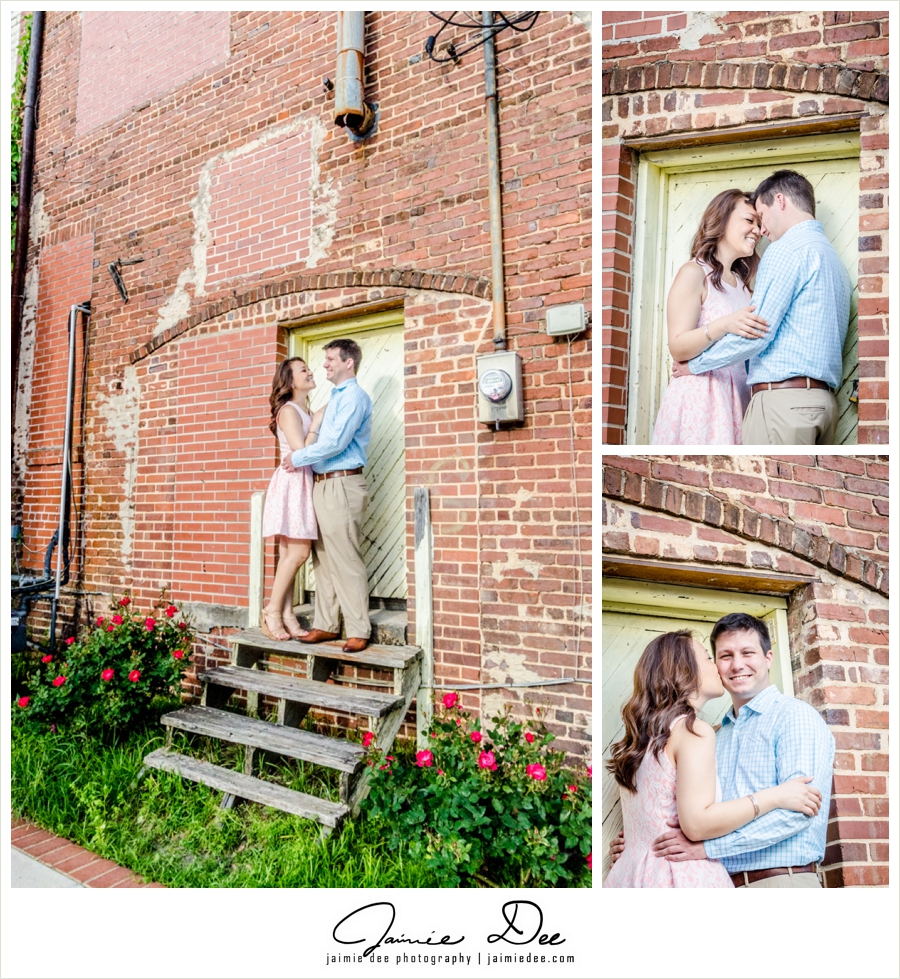 When Tiffney & Chris finally met, they soon discovered that not only had they gone to the same high school, but had also both attended the University of Georgia AND their parents lived less than a mile apart in neighboring subdivisions. 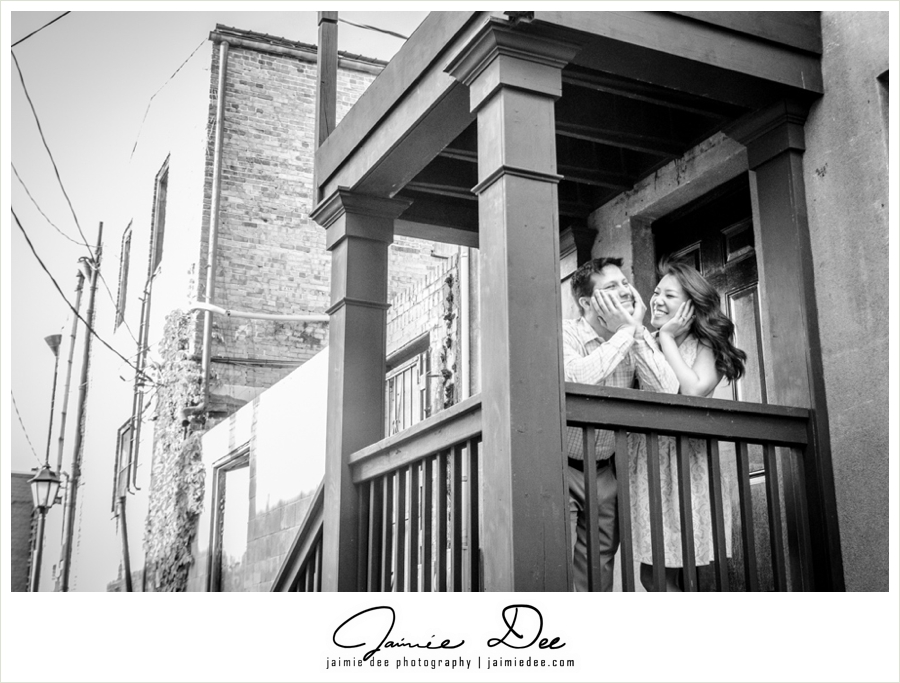 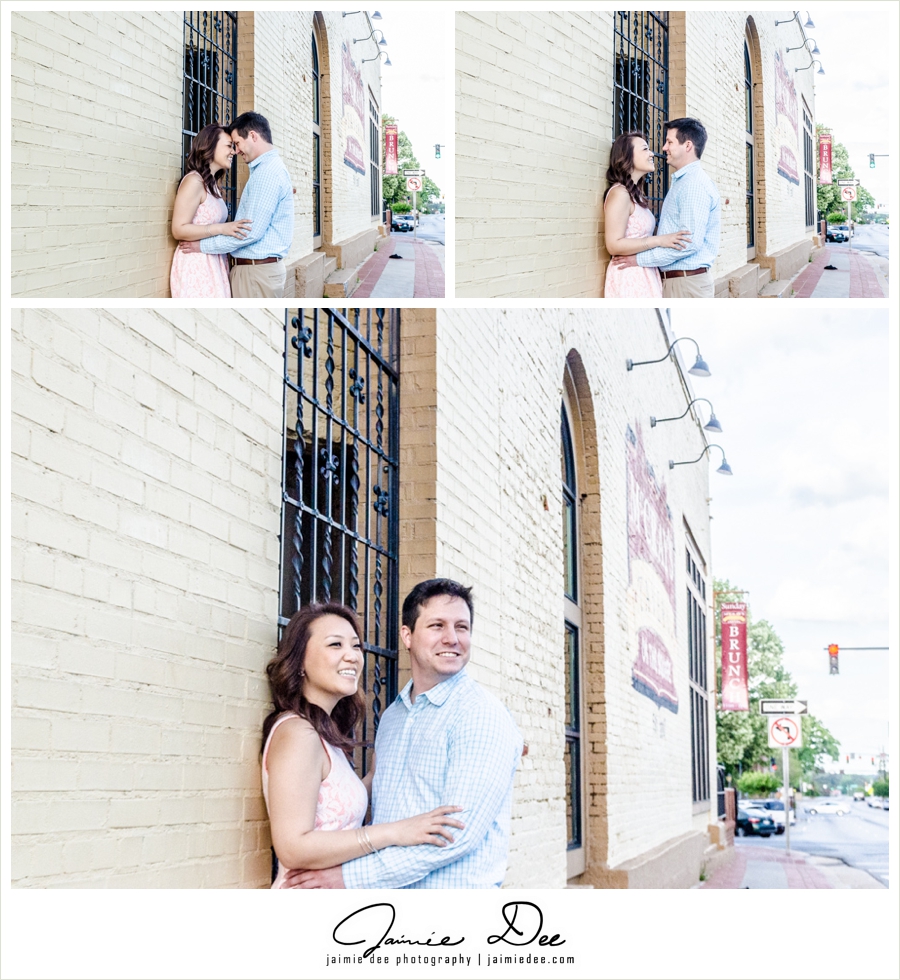 Part two of this engagement session was taken at Vines Botanical Gardens.  Part two of the story can be found there as well.