As an Atlanta wedding photography studio, we love it when we get the opportunity to photograph locations that truly represent Atlanta!  We had such a blast capturing these Piedmont Park engagement photos with Meredith & Greg.  I cannot say enough good things about what a positive vibe these two radiated throughout their engagement session.  It was such a pleasure to work with this amazing couple.  Below is a quick interview with the Most Fun Loving Couple of 2016, Meredith & Greg! 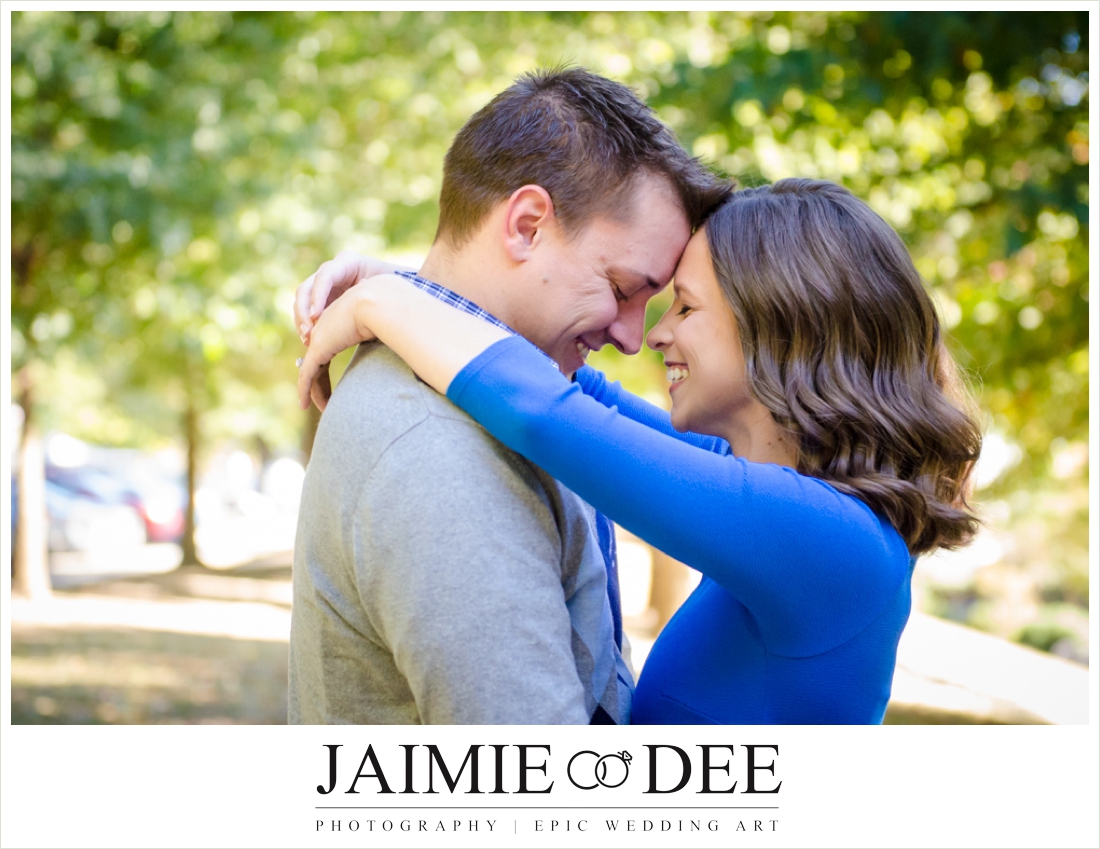 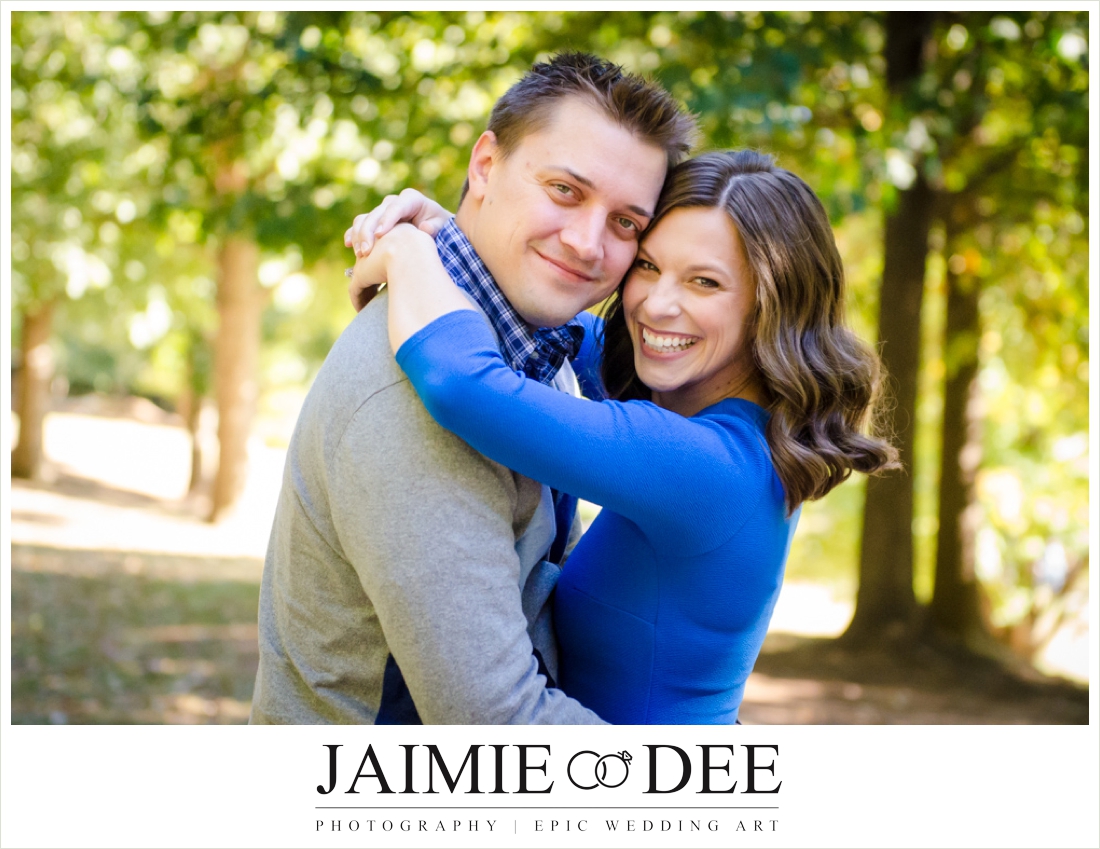 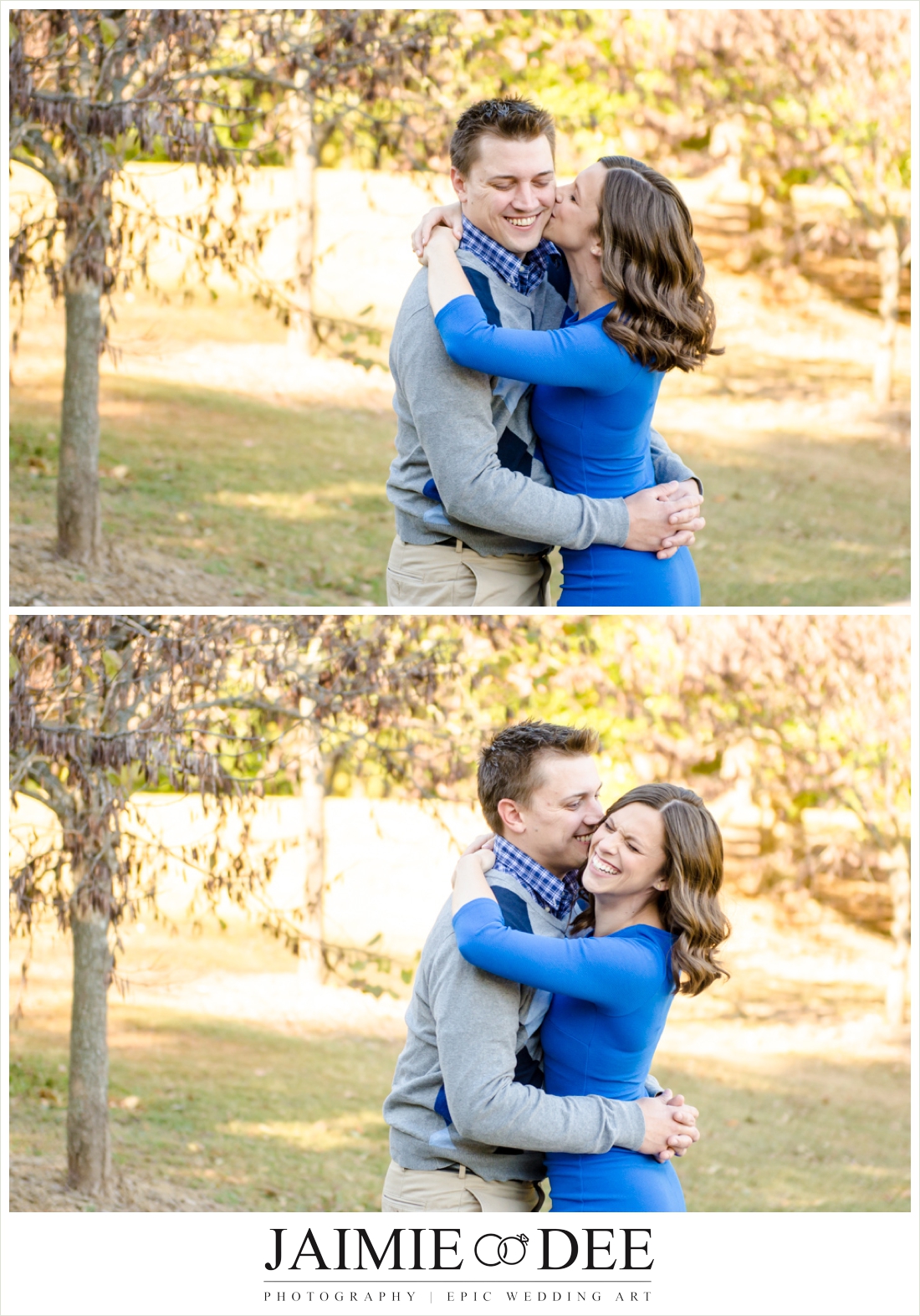 Bride: We were set up by a mutual friend at his birthday party.  I thought he was adorable and super handsome. I was a bit weary because he was wearing a “Keep Calm and Chive On” T-shirt. We chatted briefly and there was definitely an attraction.

Groom: My good friend’s fiance introduced us. We had met and then went on a double date to Hudson Grille. She obviously was very attractive and had a demeanor that was fun. Her jokes and playful spirit had me laughing all night. There certainly were sparks flying after our first date. 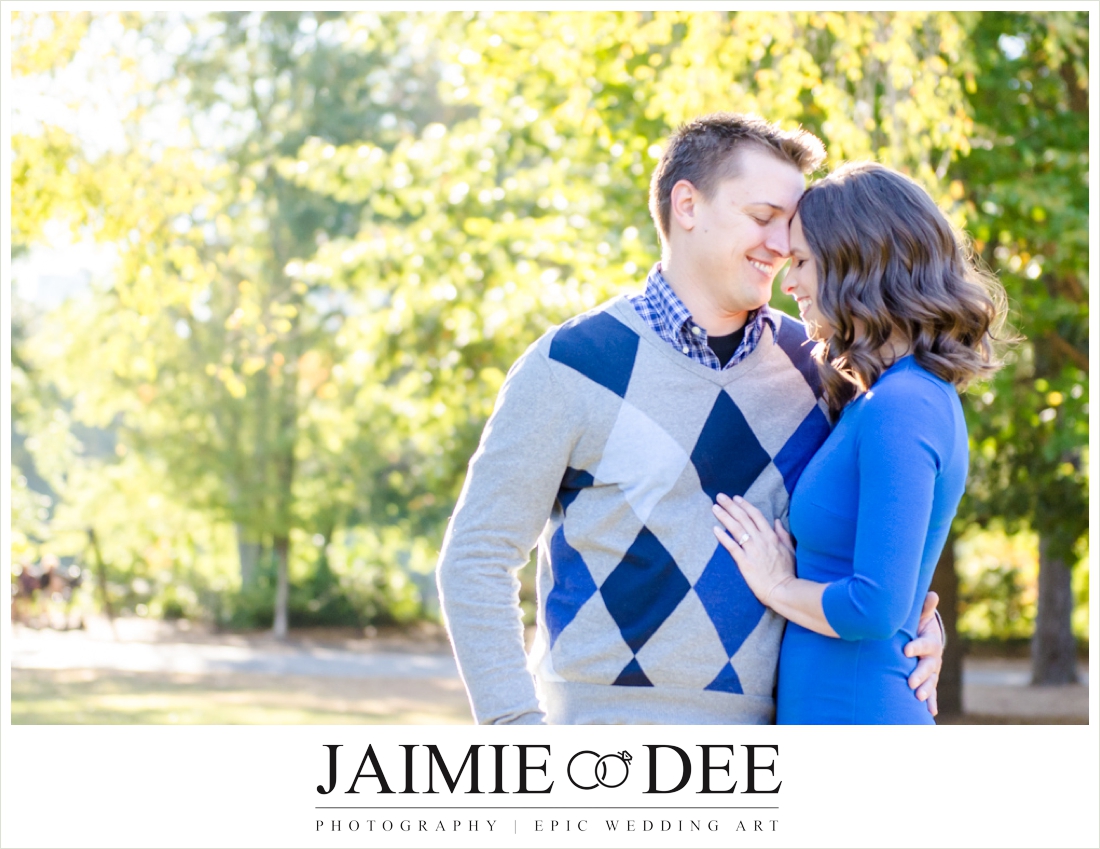 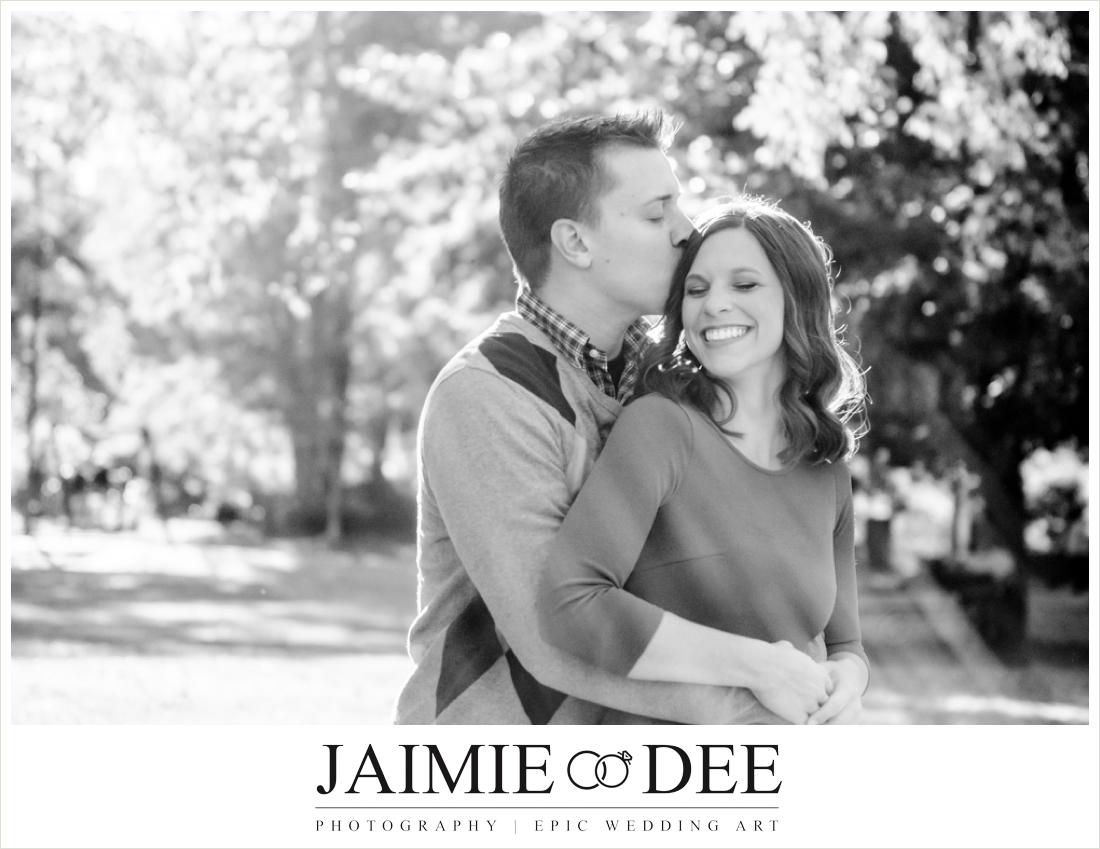 How/ when did you start dating?  What attracted you most to each other?

Bride: Looks for sure, we went on a few double dates in the following weeks but our first solo date was at Sweetwater Brewery. I was super nervous!!!

Groom: She, of course, is beautiful and I certainly recognized that at first sight. But for me, her personality is what drew me in. Her ability to have fun in any situation and quick wit are very attractive. We started dating shortly after being introduced. Was I nervous? Absolutely. She is a gorgeous, funny and intelligent woman. Who wouldn’t be? 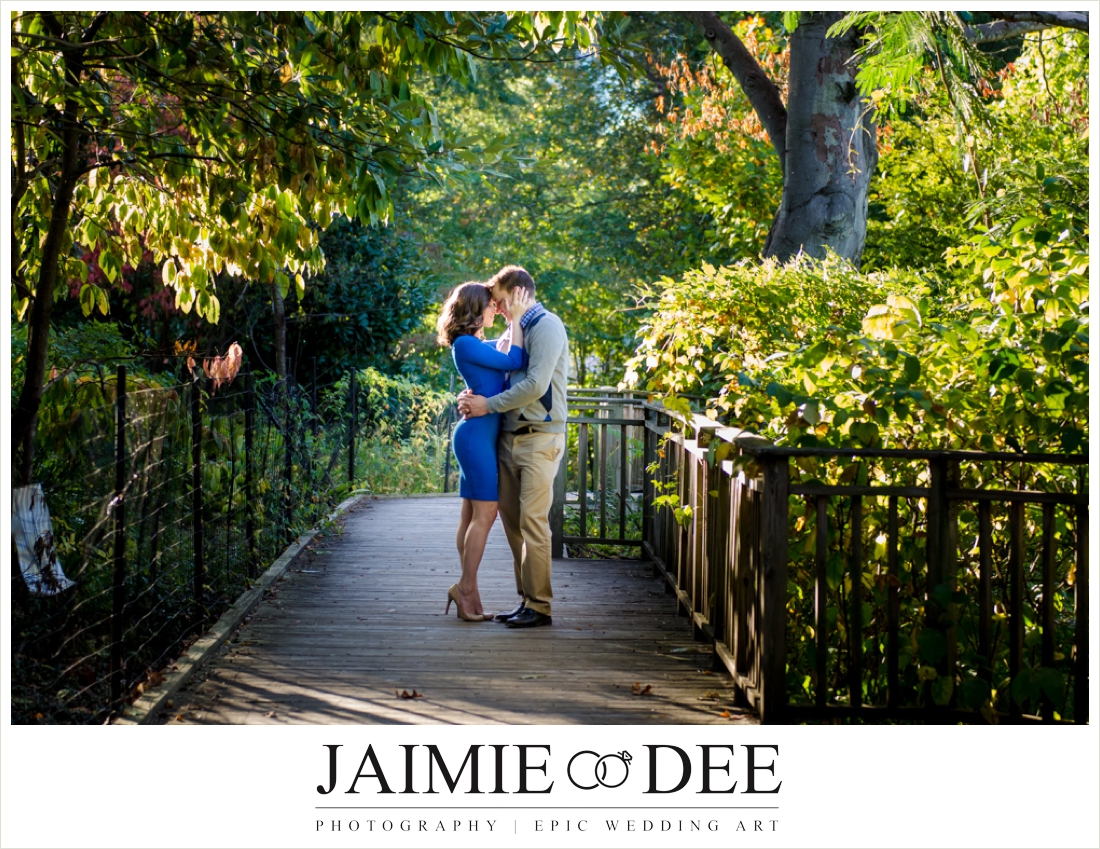 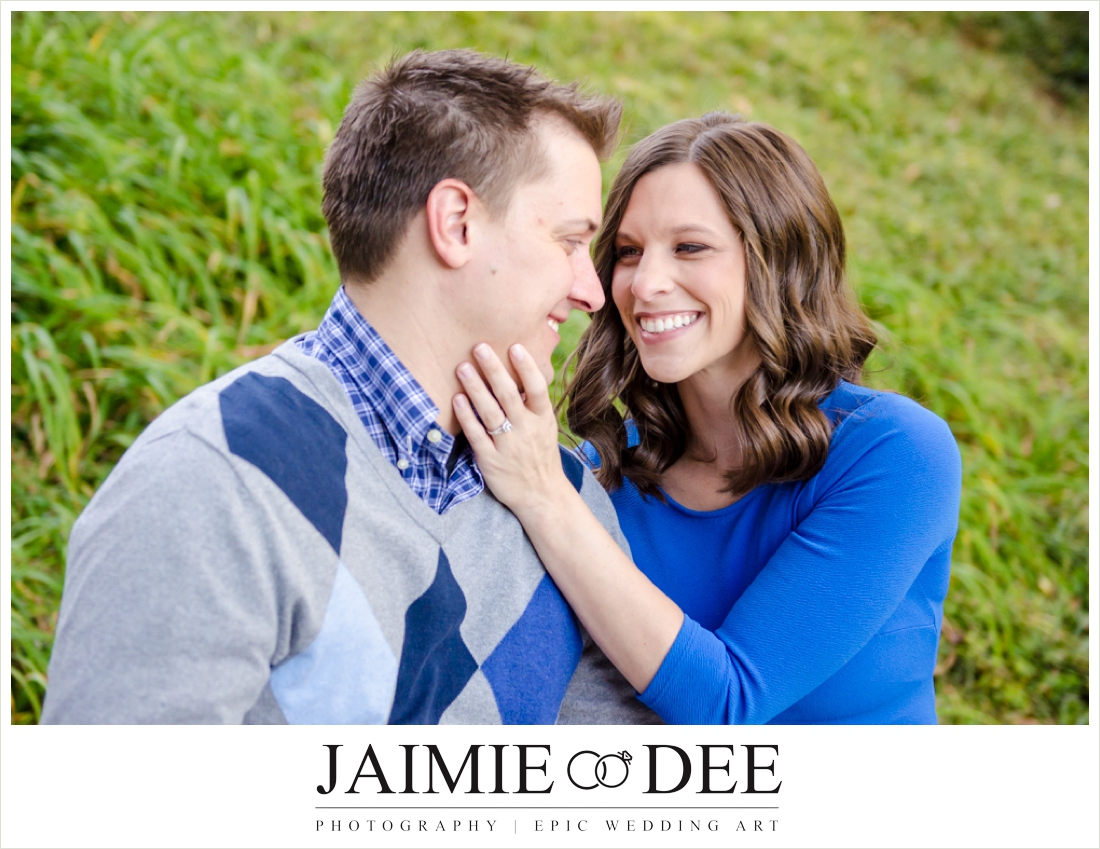 Tell me about your relationship.  Were you nervous about one another meeting your family? Who said I love you first?

Bride: He is my biggest support system, no questions asked. He knows everything about everything and makes me a better person every single day. He also makes me laugh every single day. He holds me accountable and pushes me to use logic and keeps me calm during times of stress. I wasn’t nervous for him to meet my family, I knew they would love him just as much as I do. We disagree on who said it first, but I will back down, he said I love you first. I was beyond thrilled to hear it.

Groom: It’s hard to put in to words exactly what makes Meredith different. When I’m with her, nothing else matters. I constantly find myself smiling or laughing, sometimes for no apparent reason. We have fun together regardless of what we are doing, and I couldn’t imagine life without her. I was not nervous about her meeting my family, however I was nervous to meet her parents. As all parents do, they quite clearly love their daughter very much, and it was important for me to show them that I cherish her just as much as they do. I said I love you first after she came home from an out of town trip. After the words were said, I felt so good and it was just the beginning of our story. 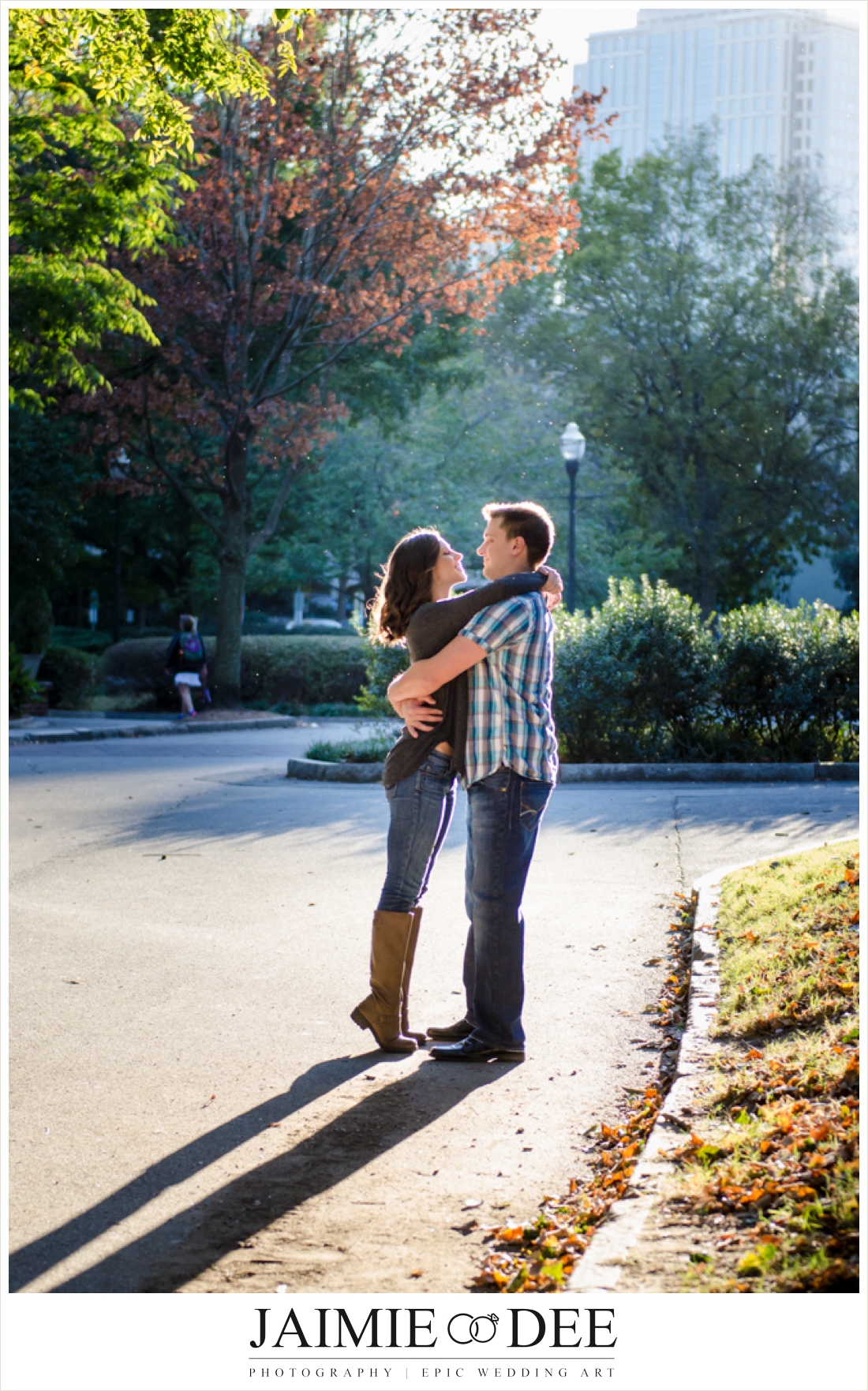 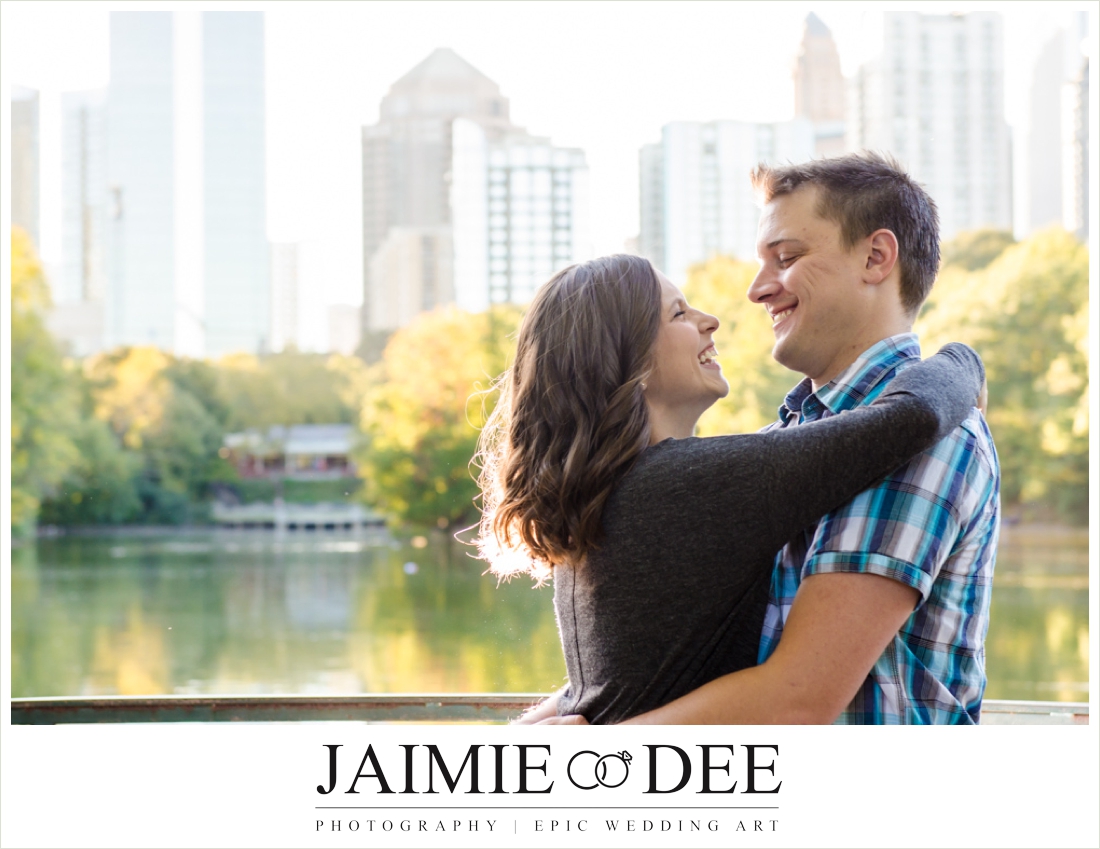 Bride: I knew he was the one when we were driving to Jacksonville to visit his best friend and I found Mickey Avalon on his ipod. It was a slow realization, but I feel like it was something that I knew for a very long time, since the day I met him. It’s overwhelmingly terrifying and wonderful when you realize that you don’t want to live your life the same way ever again. He was a game changer.

Groom: I’m not sure that it was one single event, but a collection of all times spent together that led me to know that she was the one. It seemed every day was amazing and my love got stronger. However once it had built up, it hit me like a freight train. I knew she was the one I wanted to start a family with and I felt like a million bucks. 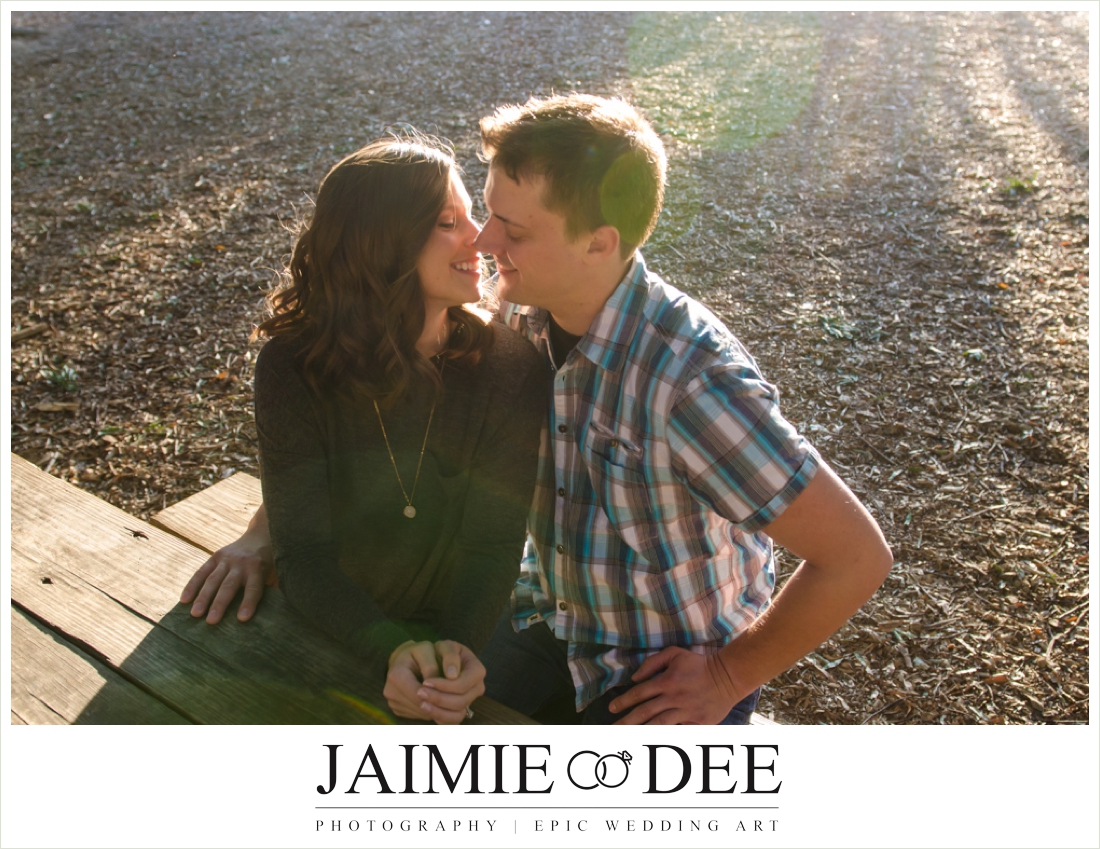 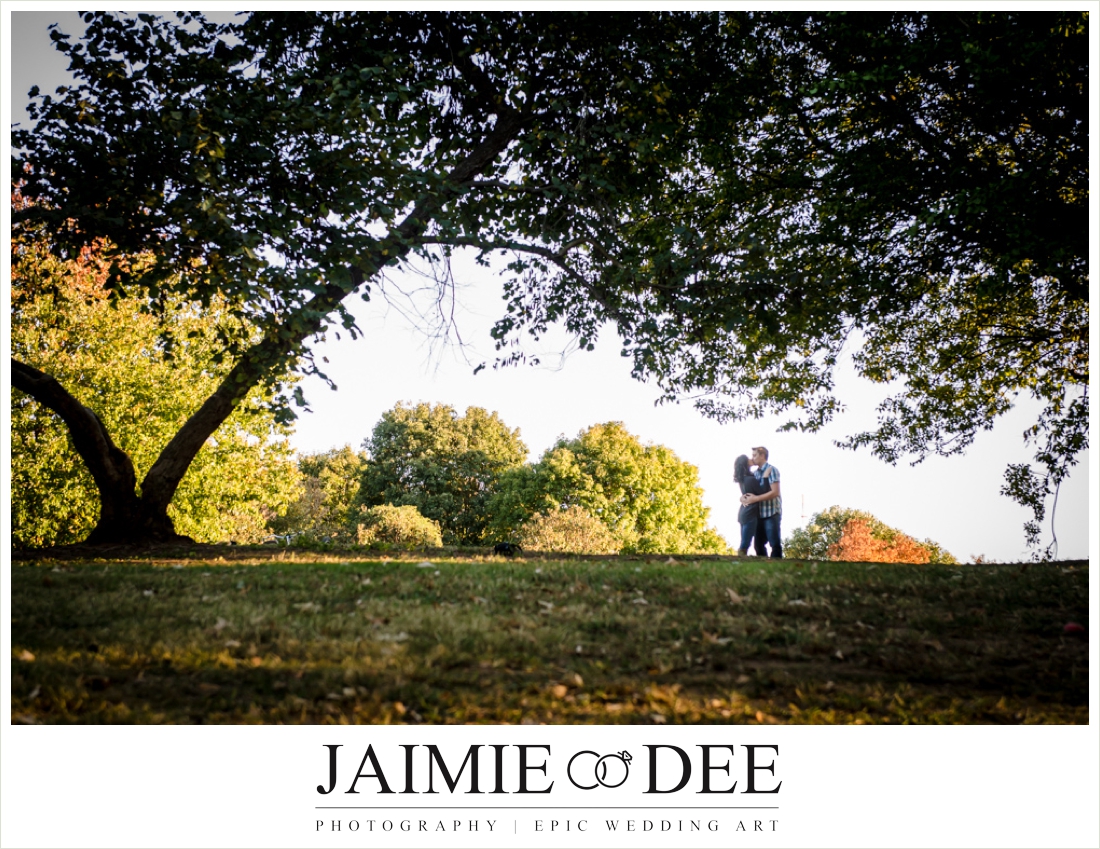 How did the engagement happen? Did everything go as planned?

Bride: Engagement happened July 9th at Piedmont Park. As far as I know, everything went as planned. First person I told was my mom, but she already knew. I had no idea it was coming that day, there had been many times before that I thought, this is it, and it wasn’t. As soon as he grabbed my hand I knew what was happening and I kept saying “Oh my God, Oh my God, It’s happening, it’s happening” and tried to keep myself from collapsing.

Groom: Engagement happened as described, Piedmont Park. I arranged for us and some friends to “walk the dogs” in the park, and then I would propose at a predetermined spot by one of the lakes, and our friends would photograph it. I also arranged for our friends and family that lived in Atlanta to meet us at Park Tavern for a surprise brunch. Everything went as planned with no hiccups, but it couldn’t have been done without the help of friends and family. There was extreme nervousness leading up to asking, which intensified as we got closer to the “spot” I was going to ask her. I’m not sure whether or not she had an idea it was coming, but she seems genuinely surprised. However, she had been terrorizing me for a few months about it prior to.

Last Questions!  What’s the one thing about each other you couldn’t live without?

Groom: I could not live with out her.