We had the honor of photographing Phoebe & Michael for their Marietta Square engagement photos over the weekend.  Any Atlanta wedding photography studio would die to photograph a couple this photogenic!  Here’s a little sneak peek for now.   All Atlanta wedding photography studios LOVE to shoot couples as gorgeous and as wonderful to work with as Phoebe & Michael.  Shooting their Marietta Square engagement photos, we had a blast!  Below are a couple of highlights from their engagement session as well as a quick interview with the bride and groom to be!

Was It love at first sight?
Not at all. It took us some time to really get to know that we were the perfect match.

How did you meet your fiancé?
At the time, Michael’s brother was dating my older sister, but we had never officially never met each other. One night we had gone to the same party at a skating rink in Atlanta. He mistook me for my sister and after I scared him off, he never wanted to talk to me again. 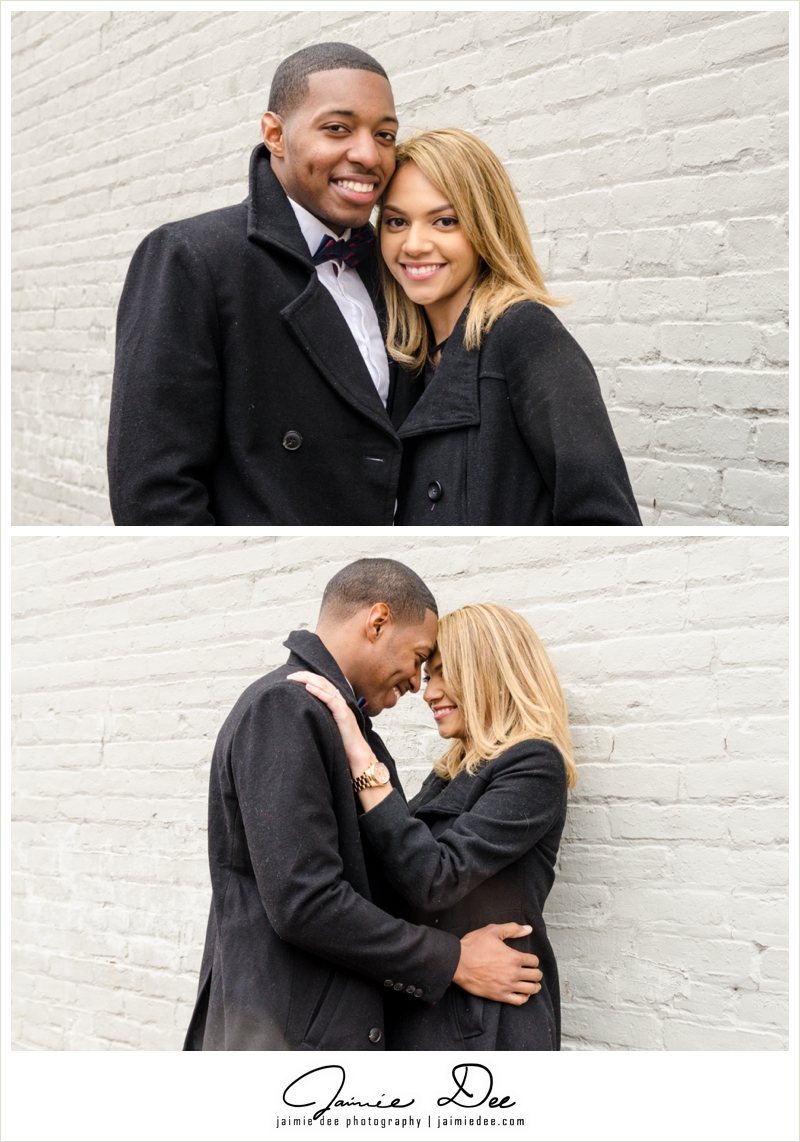 What attracted you most to your fiancé?
Phoebe: I would say Michael has all the “good” traits that I wasn’t born with. He really does complete me.
Michael: I was most attracted to her personality and character. 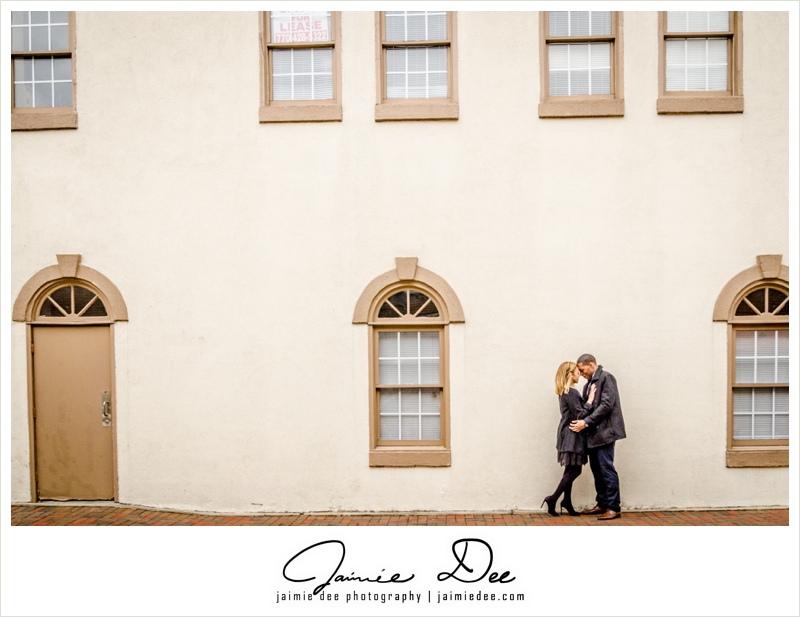 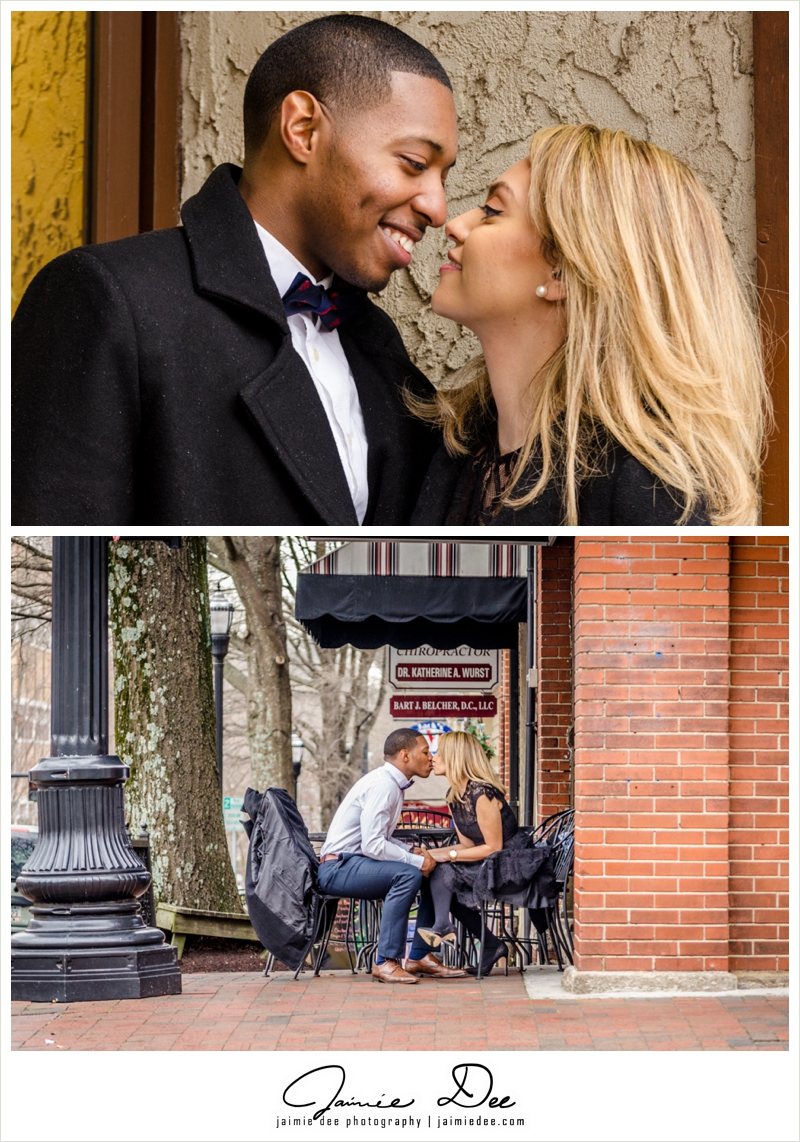 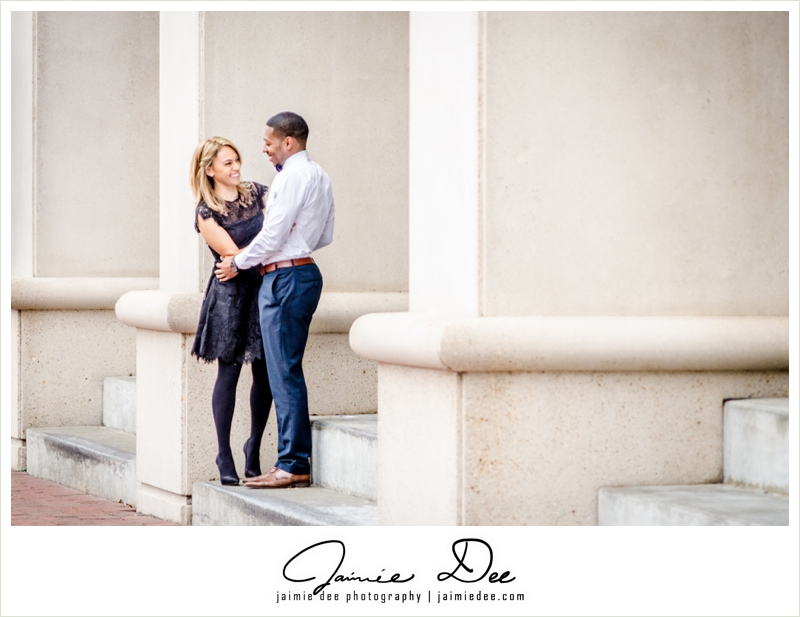 When did you know your fiancé was the one?
Phoebe: Two weeks after I moved from Georgia, Michael came out to Texas to visit me as a surprise. It was the sweetest thing anyone has ever done for me.
Michael: When I was sick and at my worst, she was still there for me. 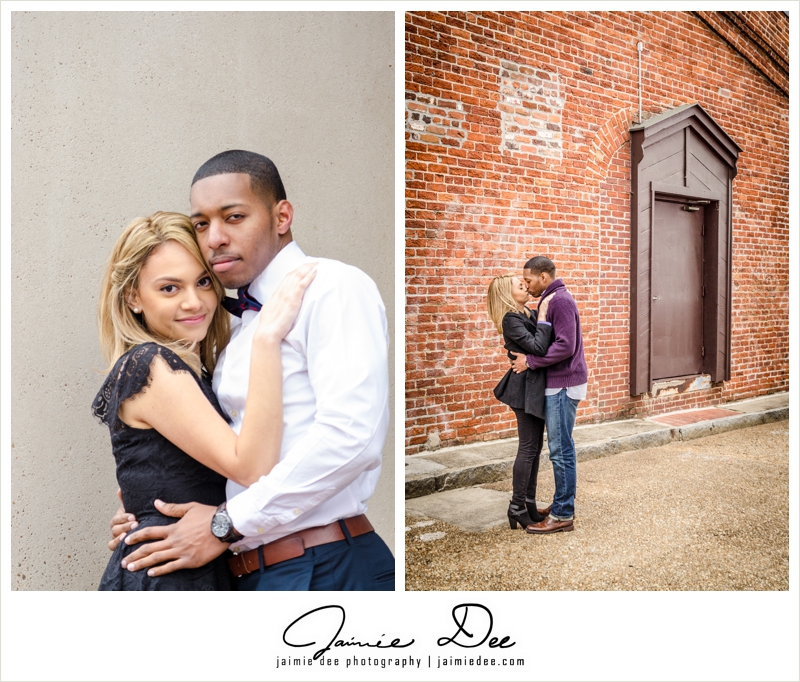 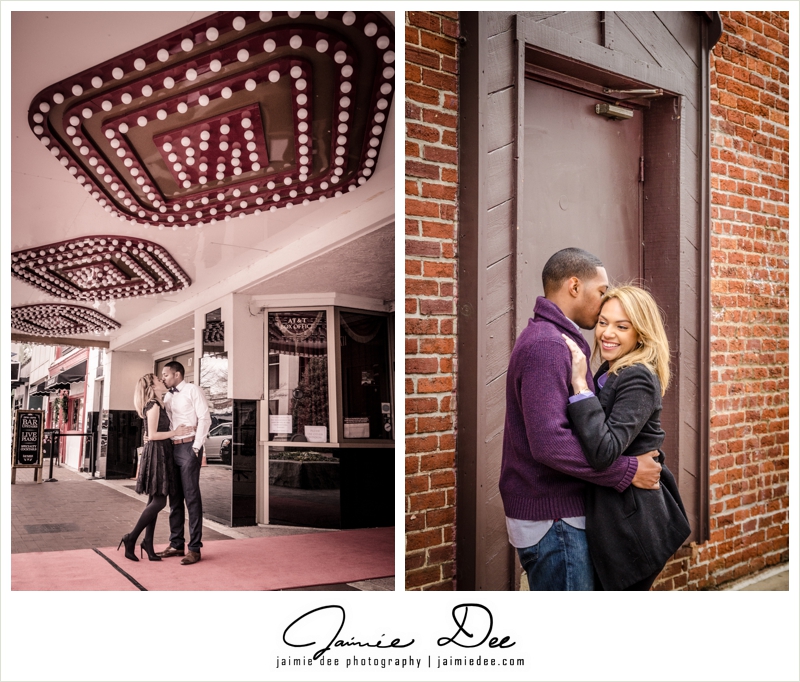 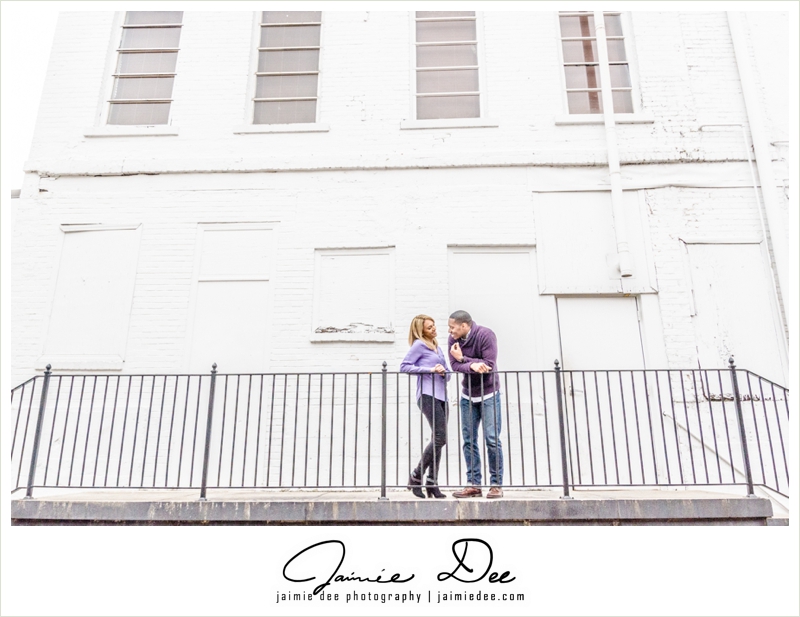 Who does your fiancé remind you most of?
I would say Phoebe reminds me of her father. They both have a humble and loving attitude towards the people they love the most. 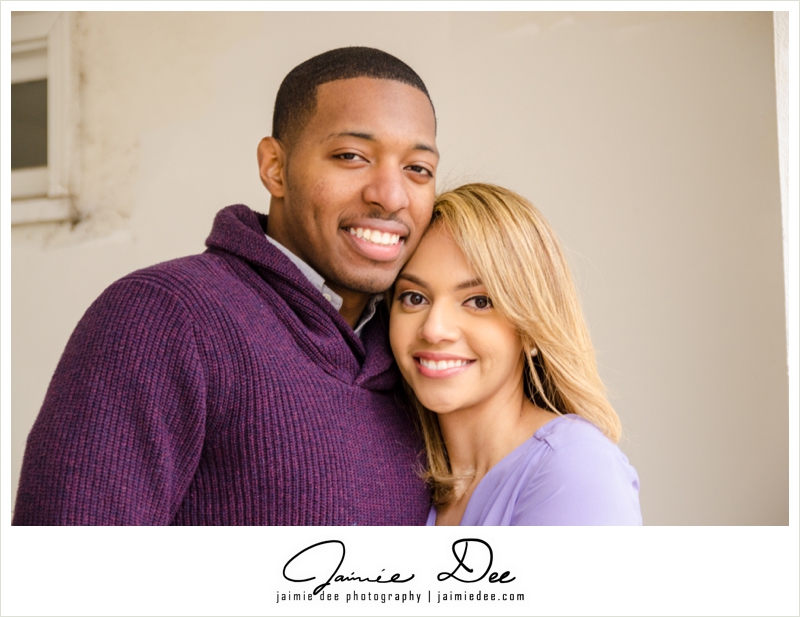 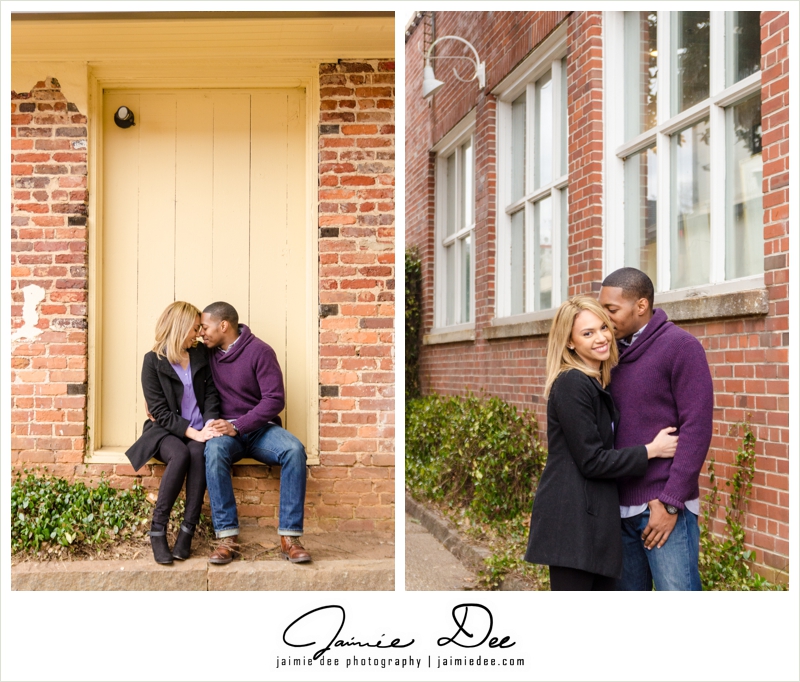 What’s the one thing about your partner you couldn’t live without?
Phoebe: His dimples and his sense of humor. He can always make me laugh.
Michael: We have such good conversations and are so comfortable talking to each other. That’s one of the things I love most about our relationship. 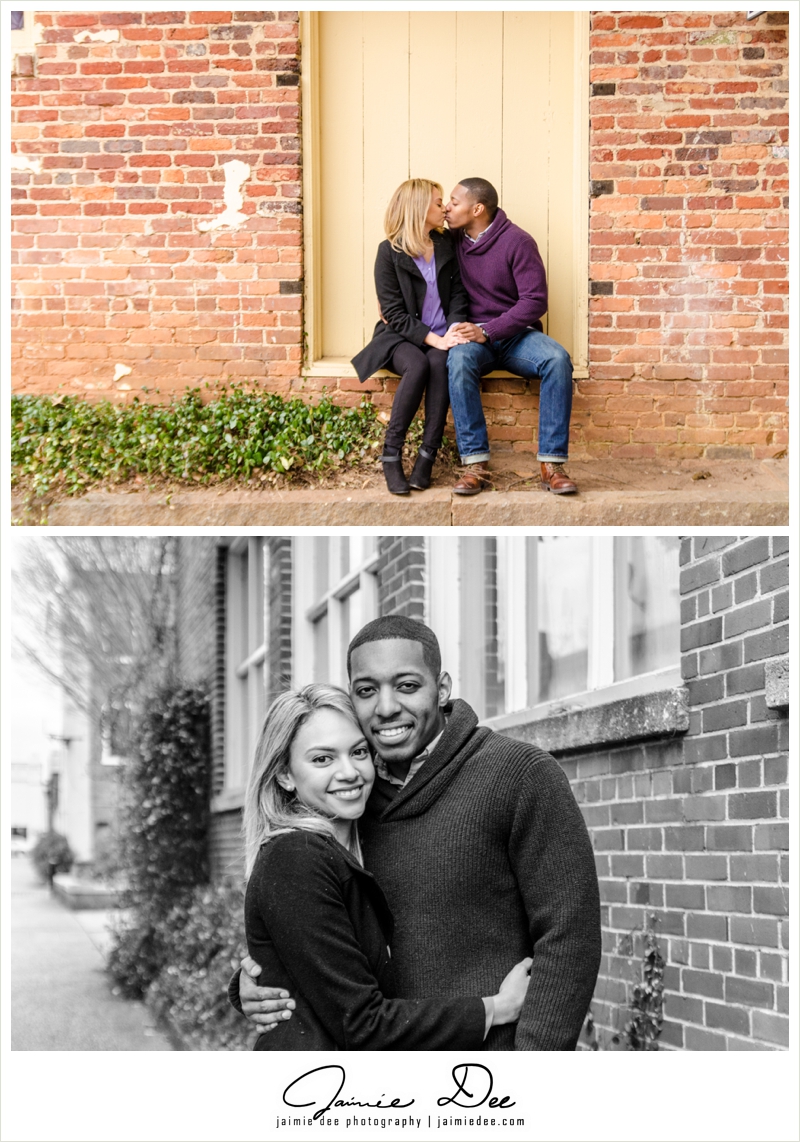